Improvements for Grandparents and Grandchildren to help maintain their relationship.

The Scottish Government recently reviewed the Children (Scotland) Act and sadly declined to change the legal status of the relationship between the generations, despite their being an existing hereditary legal connection.

However, some improvements have been achieved within the systems which help families when problems arise. The Family Justice Modernisation Strategy shows non-legal changes which will help families in different difficult circumstances.

A Grandparent used to be easily excluded because they were deemed to be an ‘irrelevant person’. The definition of a ‘Relevant Person’ now includes anyone who has had significant involvement in a child or young person’s upbringing, which could include a grandparent. Keep a diary and note details to show you are or have been significant in your grandchild’s life.

Minister Ash Denham has committed the government to actively promoting the ‘Charter for Grandchildren’ and highlighting ‘Your Parenting Plan’ which promotes the importance of grandparents and the wider family in a child’s life.

Court systems will also be improved and modernised to make any hearings more family friendly. Courts will in future have to inform the child of their decision. A child of any age can now give an opinion and professionals involved will be adequately trained in how best to ascertain that opinion in a manner suitable to the age of the child.

All professionals will now have updated training, including Trauma Training, to improve the way they deal with families and better support children in difficult situations. However, trauma training seems to lean towards the assumption that the abused parent is female and there remains a significant danger that male victims are not believed or adequately supported.
During consultation Women’s Aid had a huge influence on changes without the equality of input from organisations which support abused men.

We can only hope that these changes impact positively on families and children in particular.

Read the our letter from Nicola sturgeon here… 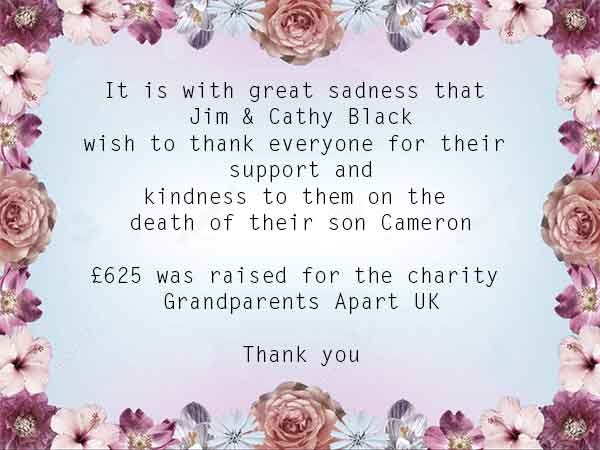 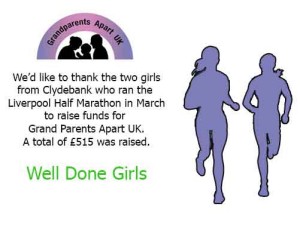 Help for parents who live apart from their children

The Guide page gives some general advice and many links to carefully chosen websites, organisations, books and publications.

Download our Information leaflet (MS Word format) for printing out.

Negative support for the Charter for Grandchildren

There must be very few MSPs who have not been contacted by members of their constituency asking them to support making the Charter for Grandchildren legal, yet the response was very negative. In fact zero from the Labour party.

Imagine the shock when our group had 3 Labour MSPs as honorary patrons and the justice minister herself supported us strongly before becoming a minister plus another minister who pledged us his full support. In fact we had quite a few Labour MSPs supporting us.

They have all reneged. What makes it so galling is they were to vote on such an important issue on their own initiatives.

At the 2nd debate the Justice Minister gave Rosemary Byrne MSP the assurances she was looking for on putting the Charter for Grandchildren on the bill which was cancelled by her deputy.

It appears all this is empty words from the Labour party who obviously put politics before the welfare of children and the wishes of their constituents. They dropped their support at the last moment.

At least the other MSPs who did not support us were honest enough to say so rather than being told not to.

By our reckoning, if it was a conscience vote, without the labour party whip intervening we would have been successful.

It is obvious that grandchildren/grandparents will never have legal contact while a Labour government is in power.

Government says it’s none of our business

“We are reluctant to interfere in family life…We have no answer to non compliance of contact orders”.

‘It’s none of our business’   is what the government’s policy is meaning when they say we will not interfere in family life. Fine when all is well, but not according to the latest reports of 60,000 children in drug related homes in the UK and the NSPCC are advertising heavily about the need of protection of children, in their worthwhile well known, Full Stop programme. Children are being abused in their own homes in secret with the full protection of the government’s policy and they will not relent. Yes this policy is protecting abusers.

At the rate NSPCC are advertising their must be a vast amount of children in this situation. So if you doubt us, ask them. It’s your money and they could help more children if grandparents had the right to contact their grandchildren and possibly spot problems earlier on. Can you think of any one else that could best fill this position.

The government’s policy of refusing to enforce compliance of grandparental contact orders made by a court in the best interests of the children compound the situation. They are preventing an army that possibly could, if given the right, get protection for an awful lot of these abused children.